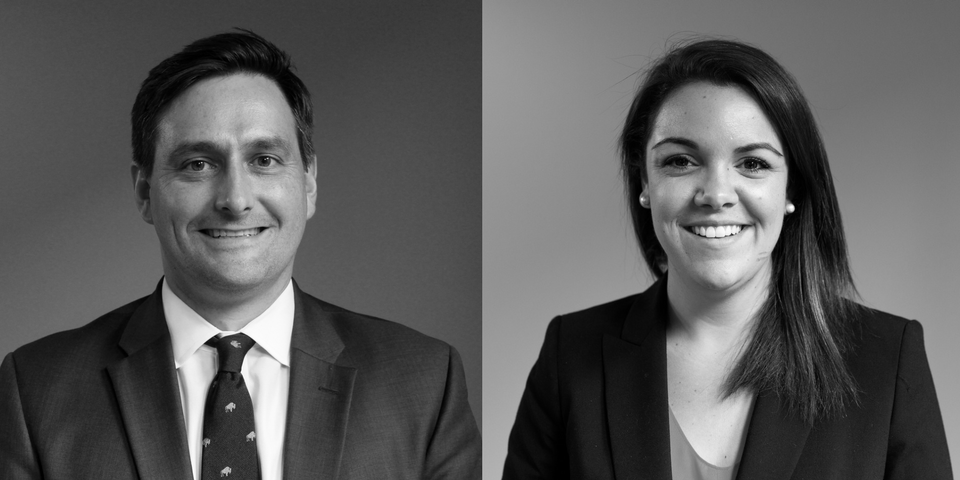 “If we don’t get education right, all of this forward progress is for nothing,” muses Joelle Formato, 2016 BES Fellow, reflecting on her changing hometown of Buffalo, New York. Buffalo is where Joelle will open Persistence Preparatory Academy, a kindergarten through eighth grade charter school in August 2018. Also opening that month is Buffalo Collegiate, a fourth through twelfth grade charter school helmed by Brian Pawloski, a member of Joelle’s cohort and fellow Buffalo native.

An urgent need brings both educators back to their shared hometown: a need for high-expectations education for a rapidly changing city and its underserved community. And while both Brian and Joelle attack this issue with vigor, armed with a love and loyalty for Buffalo, it wasn’t always that way. In fact, both of them set out with the staunch belief that they would never return.

Though Brian came from a family of educators (he fondly describes his mother as a “life-long teacher and a very good one at that,”) he planned to be a doctor. Once in school, however, he found pre-med unfulfilling. Only after joining Teamwork for Tomorrow, a mentoring literacy and athletics program at Notre Dame, did Brian’s goals change. Partnered with students from a nearby housing facility, he grew relationships with local families and imparted what he felt was meaningful change. Teamwork for Tomorrow was linked to the Alliance for Catholic Education, or ACE, which brought him far from med school, to Mobile, Alabama, teaching fourth grade and coaching high school basketball. The school didn’t last, but Brian’s devotion to education did.

Despite outside temptations; his desire to write and follow the “Jack Kerouac lifestyle for a little bit;” and experience with failed or flailing schools, Brian remained in the classroom. Mobile, Alabama gave way to Phoenix, Arizona, and then Baltimore, Maryland, for a two-year stint as a program-director with Teach For America. “Every single time I had the chance or an inkling to do something different and go in another direction,” says Brian, “I’ve just gone deeper into education.”

Joelle’s tale is similar: growing up in Buffalo in an “isolated community with a strong public school system,” she was pushed to attend college from day one. It was unsurprising to her and her family that she attended Boston College as a business major with a focus in accounting. What did come as a surprise was her decision to walk away from that, from a stable future and a signed contract with a big firm, and go into teaching. Having excelled in her accounting courses, she found she derived the most joy by stretching her talents and facing down obstacles on service trips.

Teach For America was a happy balance of what she wanted and what her family wanted for her, and she could make an impact. Placed in a turnaround school in Prince George’s County, Maryland as a seventh and eighth grade math teacher, Joelle was faced with the new challenge of remaking a school from the ground up. “Three days into teaching, I knew that this was it- that urban education was where I was supposed to be,” she states. “I had never failed at anything in my life, and the challenge pushed me to learn about myself and how much I got out of going to work every day. I knew that this was the most important work to do in the world and that I would always be involved in education and education reform.”

Her second year in Maryland, Joelle met a student, “the most lively, energetic, funny, wonderful student and person… a whiz at math,” who shut down when confronted with a word problem. The math was not an issue, but reading was. Thus began two years of catch-up: tutoring before and after school, in groups and solo, to get him to where he needed to be.

Years later, Joelle remembers this student: “During the second year he said to me one day, ‘You know, Ms. Formato, I am so grateful that you were put into my life. But I’ve always wondered why you don’t teach somewhere better than here.’ And his use of the word ‘better’ at the age of thirteen is an experience that I think back on daily, that he knew that things were better elsewhere than this school. He knew what options were closed off to him.”

Having been drawn back to Buffalo with a focus on education reform and jobs at charter schools, Brian and Joelle were introduced by a mutual acquaintance, based on their shared interests. This led them to the Fellowship with BES, where they spent last year building upon their visions for a better Buffalo.

In Brian’s words, it was a gradual development: “You don’t progress in chunks, quick accelerations or epiphanies.” The Fellows describe it as a process of identifying strengths and weaknesses and building on both. When they found themselves in front of the Buffalo Public School Board of Education in late June, defending their schools and articulating their visions, it was a big deal, but not one they weren’t prepared to handle, despite the fact that, posits Joelle, “Neither one of us could have done that eight months ago, ten months ago.”

And, having achieved this significant feat, both are aware of the pressure, “a healthy pressure and a needed one,” reasons Joelle, and the things the Buffalo community has come to expect from Buffalo Collegiate and Persistence Preparatory Academy.

Both Fellows are excited and energized by the work, prepared to make charters that will be the “better” schools for their hometown.