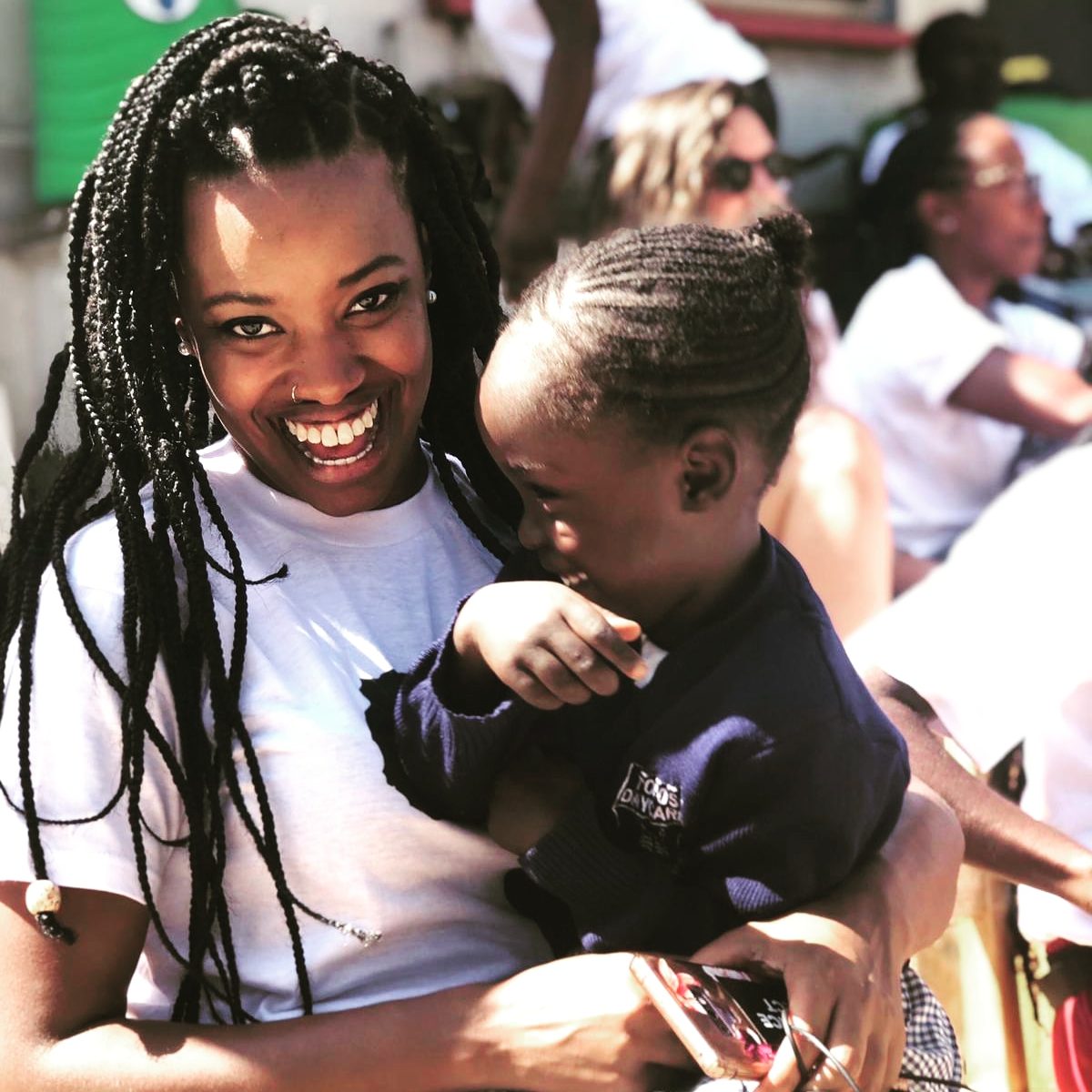 Chandell Stone began enacting positive change in her community at a young age. At nine, she was attending rallies with her late uncle, an avid civil rights activist, holding picket signs, and passing out literature in front of government buildings. In high school, Chandell took notice of the disparaging remarks and unfair treatment that her Black male peers received from their teachers. She was saddened that the boys seemed numb to this treatment which, for some, had a negative and lasting impact on their life trajectories.

Chandell had the opportunity to attend a high-performing, specialized school in New York City that was outside of her district. But her educational experience was upended when her family moved south, and she was enrolled in a failing neighborhood school in her new community. It was then that she noticed a difference in the quality of education that she was being offered compared to the school she came from, and where she conceived of her dream to become an educator. It was her mission to ensure that students like her were afforded the opportunity to receive a high-quality education.

As a young adult, Chandell returned to New York to teach algebra and trigonometry at a school in the BES Fellow-founded Democracy Prep charter school network. As a first-year teacher, she founded Destination Impact, a multinational organization that sent over 100 volunteers abroad to help address educational and health needs across the African diaspora. She later joined Success Academies as an Assistant Principal, where she led her school to rank #8 in the state in mathematics.

“My experiences as a student and an educator opened my eyes to what school should look like and what we, as educators, can impart on children beyond just making sure they’re able to pass a test,” says Chandell. “It got me thinking about how a school could honor the experience of Black children growing up in neighborhoods like Harlem and the Bronx.”

Chandell knows firsthand the importance and influence that a high-quality school can have on the identity of a Black student. She attended historically-Black North Carolina A&T State University, which gave her the confidence she needed as a graduate student at Harvard, where she learned about the opportunity to build and lead her own school through the BES Fellowship.

“There was something about being in an affinity space that prepared me to be able to navigate traditional spaces of power as an equal,” she says. Chandell now aims to create a similar space for her students in her proposed school in Atlanta, GA. A school that will focus on the concept of identity affirmation, beginning with a curriculum that accurately and positively reflects the contributions of Black and brown communities.

“Many schools think that simply providing a world-class education can transcend the color of students’ skin, but it can’t,” says Chandell. “Schools need involvement and leadership from Black educators and the community.” Her staff will take part in implicit bias training and the founding team is committed to establishing deep roots in the community. They’ve already started a steering committee that is running focus groups in the surrounding neighborhood, and she plans to have parent involvement in interviewing school staff.

The school will also emphasize the concept of global preparedness. Students will study STEM skills to prepare them for various job opportunities, and each aspect of the school model has cultural awareness at its forefront.

The school name, ‘Dunia’ means ‘world’ in Swahili, Hindi, Arabic, and several other languages. Students will learn Swahili and take a global citizenship course studying different cultures and economies. Classrooms will be named after countries, which students will study in-depth to bring those cultures to life.

“Our children can only create change by being exposed to diverse perspectives and ways of life,” says Chandell. “They need to be able to draw from the success of other communities around the world to be effective leaders and informed citizens.”

Learn more about Dunia Collegiate via the school’s website and Facebook page. Click here to learn more about how the BES Fellowship trains leaders to design, found, and lead excellent and equitable schools.