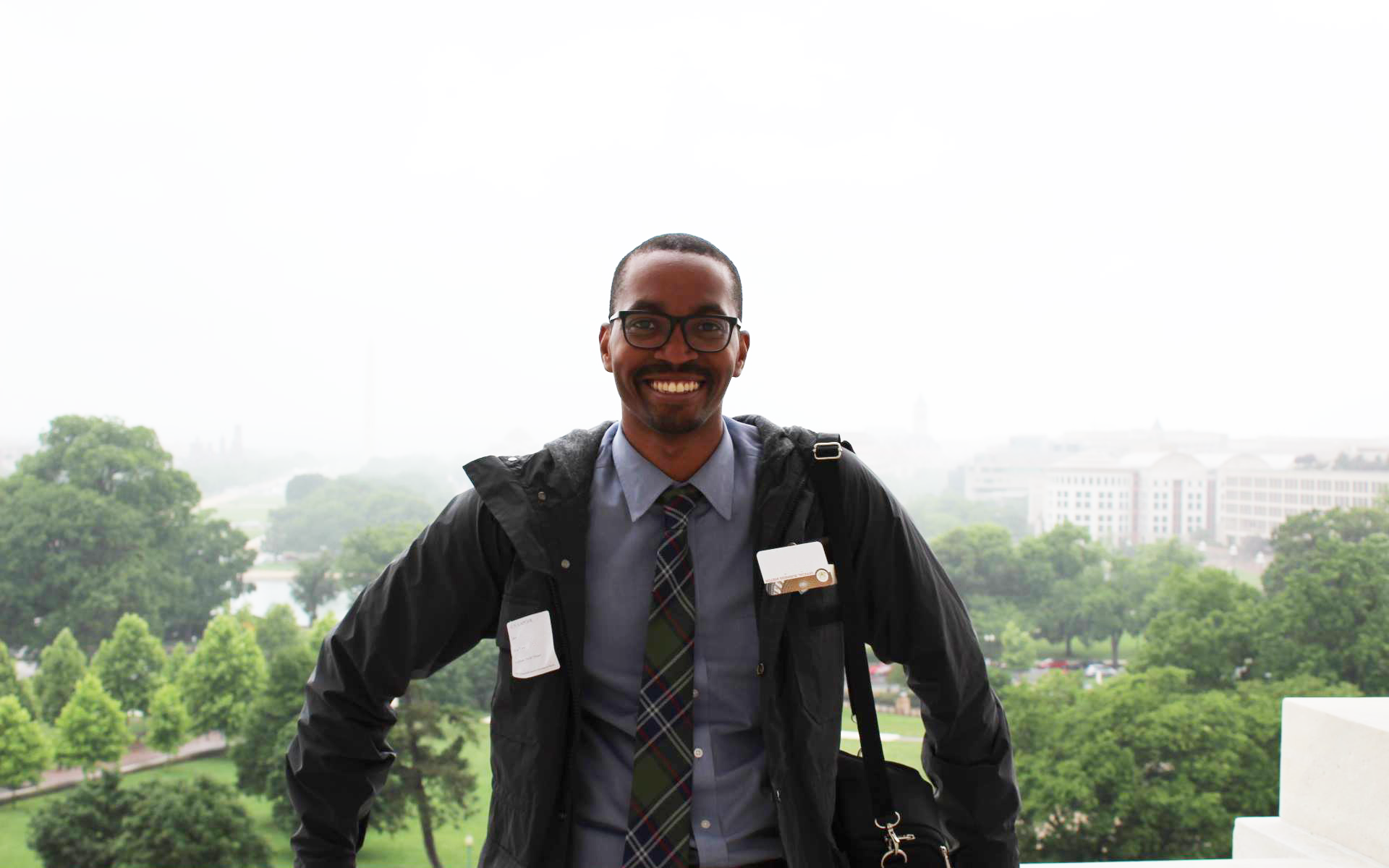 With impressive Ivy League credentials and years of consulting experience, Graham Browne seems a perfect fit for a career in business. He also happens to be a perfect fit for school leadership, using his skills to found and lead Forte Preparatory Academy, a first-rate fifth-through-eighth grade school in Queens, New York.

Despite his “untraditional” background, Graham always knew he wanted to give back in some way. It wasn’t until he took part in a college program called The Urban Education Semester that he knew his ultimate goal was to make an impact in education:

“Instead of studying abroad, I came to New York and I taught fifth grade with an experienced teacher, and worked on different projects. I learned about the broad education landscape and decided that I wanted to teach.”

Graham understands the power of education keenly. A New Jersey native, he was raised in Bloomfield and grew up dreaming about a middle school like UnCommon Schools’ North Star Academy, where his friend went to school.

“I remember hearing about it and wishing that was what my school in Bloomfield was like. It sounded really challenging but also really transformational and the students were learning way more than I was.”

His family knew that he needed a better option for his future than what was available back home; the lone, then-low-performing high school. For Graham, it was the private high school scholarship that his mother found for him “that changed his trajectory.”

Four years at a private high school led to the culmination of a dream so many parents have for their children: Graham Browne graduated from Brown University. For someone who had spent his middle school years pining to learn more, he knew how lucky and how rare this opportunity was.

“It was always a dream or a goal of mine to be back in the tristate area, contributing to the communities that I care about.”

Following graduation, Graham took a break from school and spent time assessing his options. He got back into education-focused work with a nonprofit consulting firm based in the northeast. He worked on education initiatives big and small, from teaching standards to funding.

“I realized then that what I needed to be doing was to be on the other side of these consulting relationships. I wanted to be the person implementing those changes at the school level. With my passion for education and what I knew was possible with the school I had seen, I was inspired to be a part of local change, making local impact.”

So, Graham took a step closer to founding a school. No, he did not join The Fellowship. Instead, he headed to New Haven, Connecticut, as a graduate student at Yale University.

“That’s what led me to pursue an MBA, with a nontraditional focus. I focused on how to use these skills to create and sustain strong business practices that would allow a nonprofit organization to flourish. And then I found my way to BES.”

With his MBA in tow, Graham joined the Summer Leaders Internship, for a condensed deep-dive into school leadership best practices, and what was really possible. Then he joined the 2015 Fellowship cohort, ready to build and found the kind of school he’d dreamed about as a middle-schooler.

For BES coach and Director of Follow On Support Paul Adler describes it, the success of the school was evident in his planning year:

“Graham was eager to build his instructional skills as he did not have a depth of experience in that area. He found a local public school in Queens that was willing to open its doors over the holidays for us to engage in teaching practice. For the next five days, and roughly thirty hours, Graham and I met in an office that was roughly the size of a closet. There was only humility and hard work.”

Forte Preparatory Academy opened in Queens in 2016, a school where “Every student is college bound, without a doubt.” And the school has lived up to their name with some really impressive results: in their first year of operation, students outperformed the local district, the city, and the state in ELA and in math. Their scores are comparable to schools in the wealthiest districts; no easy feat for a population in which three out of four students enter below grade level.

As Paul explains, the school “is headed for even more ambitious success in year two. All because of a leader who is willing to constantly learn and grow and is relentless in the face of challenge.”

For the students of Forte Preparatory Academy, the future is bright: a good education in middle school sets them up for high school and gets them on the road to college. The school is a dream achieved by well-laid plans and uncompromising execution. In less than a decade, students of Forte Preparatory Academy will find themselves pursing higher education, perhaps at one of Browne’s alma maters.

Interested in school leadership? Read on for Graham’s advice

Click here to connect with a recruiter and find out how you can be a part of the BES Fellowship.