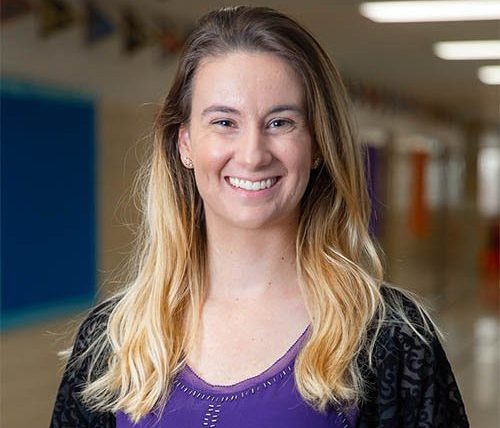 In schools that serve primarily students from low-income families, approximately one in five leaders leaves after just one year (Learning Policy Institute). The challenges of working and leading in under-resourced communities are many, but schools that invest in the development and support of their leaders tend to see stronger returns.

One such school is Tulsa Honor Academy (THA), founded by 2013 BES Fellow Elsie Urueta Pollock. Nearly 94% of the school’s students qualify for free or reduced lunch. The school earned an “A” on the 2018-2019 OK State Report Card and ranked as the top middle school in the Tulsa metro area, placing it in the top 3.6% of schools statewide.

Elsie herself is proof positive of the role that strong leadership plays in creating and sustaining excellence, so she makes sure that emerging and new leaders in her school have the training they need to be effective. One such leader is Kristi Stiles, Assistant Principal of THA’s middle school, who was part of the BES LENS cohort this year.

We recently talked with Kristi about how she’s worked to develop a strong adult culture at the middle school and increase her effectiveness as she moves into her second year of leadership.

Kristi joined the THA team in 2017 as a math teacher through Teach For America, after working in the corporate world post-college for several years. Now, as an Assistant Principal, one of her primary responsibilities is supporting the school’s team of STEM teachers.

Knowing how to best develop teachers while tackling multiple other responsibilities is always a challenge for new leaders. THA supports leaders to do this through consistent coaching and feedback – and by sending leaders through external professional development like the BES LENS program. Kristi has translated the high level of collaboration among her LENS cohort to her work with THA teachers, and is working on supporting teachers with that same level of idea-sharing and two-way feedback that is present in a close-knit training cohort.

“Teaching is very much a servant-hearted role, but the development of yourself is also important. At THA, we invest in getting to know our people, which sets the tone for teachers to then invest in their students wholeheartedly, even when times are challenging,” Kristi says.

Kristi received personalized on-site and virtual coaching with LENS’s Senior Director, Jill Dunchick. Jill notes that throughout the year, Kristi was intentional about exploring how to best motivate her team members and practice difficult conversations as she continued to hone her management skills.

LENS coaching involves helping participants work through new challenges they now face as leaders in their buildings. On one of her first coaching calls with Jill, Kristi found herself unable to answer questions about budgeting and fundraising at her school, which operates with low state per-pupil funding. “A big push that I got was the level of involvement I now needed to have as a leader in strategic planning and representing my school to the public as a knowledgeable advocate. Now, I have a better understanding of everything it takes to lead a building, not just a small team of teachers.”

Reflecting on your growth areas requires a high level of vulnerability, something that Kristi notes was present throughout her year of training. “LENS allows for a safe space to be vulnerable when reflecting and working with other leaders to strengthen our approaches. It’s okay if I don’t have all the answers, because I can look to my fellow leaders that may be going through similar situations at their own schools.”

As she plans for year two as Assistant Principal, Kristi is also working on firming up her priorities, something that she was inspired to do after hearing from a veteran school leader during a LENS school observation in Nashville. “The leader spoke about spending the majority of her time in her first year on low-impact tasks. Hearing that resonated with me, and helped me take a step back to examine where I needed to focus my energy next year that would have the biggest impact for my staff and students.”

LENS is a part-time, year-long training to support new and emerging leaders with one-on-one coaching and a cohort of like-minded educators from schools across the country. Under Elsie’s leadership, THA has sent five leaders through the LENS program over the last few years, and has nominated three additional leaders for the 2020-2021 LENS cohort.

Want to sustain your school’s growth by developing your leadership team? Nominate a leader today. Are you a new or emerging leader? Learn more about LENS here.
Photos for this post provided by Kristi Stiles.