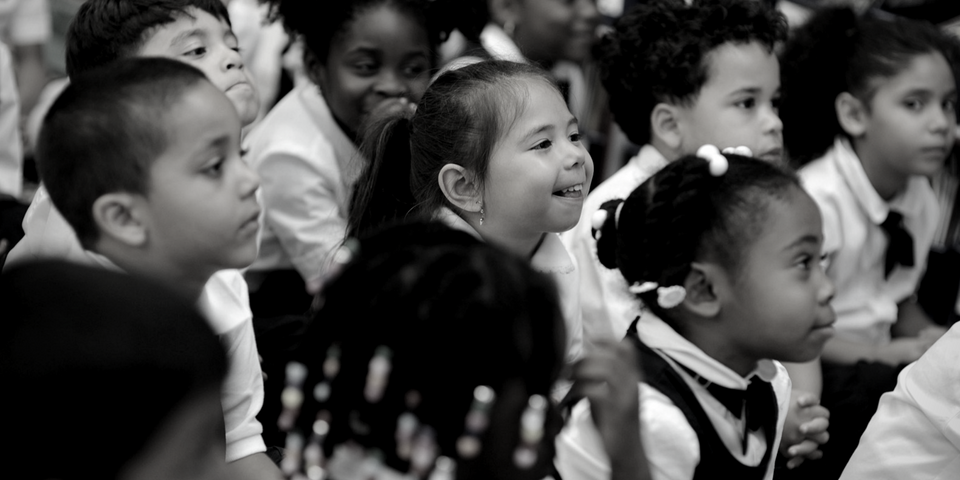 Margaret Lin is never in the same place for very long. A powerful, transient presence in the charter world, her touch is felt at charter support organizations across the country, as they rely on her direct advice, papers she’s penned, or resources she’s built. She swoops in and leaves them on even footing, stronger and more independent than before. Though her location is ever-changing, her mission has never wavered: bettering public education.

Margaret has long been aware of the inequity of our education system. The product of underfunded schools in rural Illinois, she began to notice disparities while in high school. Her proximity to Chicago showed her that things could always get worse.

After she received her undergraduate degree and spent two years in Japan teaching English, Margaret attended Stanford Law School with no interest in actually practicing law. Instead, she sought a solid foundation for public service: “I was interested in working on social change in a number of ways, but I really got focused during my third year. I decided then that education was the thing that was going to keep me up at night.”

Following another stint overseas (this time in Brussels on a Rotary ambassadorial scholarship, because “I wanted to become fluent in French”), Margaret returned to Illinois. The state had just passed new charter school legislation and Chicago in particular was poised for a major educational shift. Though long a proponent of education reform, Margaret was not familiar with the new concept of charters. After reading the new legislation, it became apparent that there was a lot of flexibility in it, which could be both good and bad.

“It was this big, open law and you could do a lot with it. It was an opportunity to create some strong new options for students who most needed them, but it could also exacerbate inequality. And I just thought ‘Well, I could be a part of this or I could sit on the sidelines and be a spectator.’”

Never one to lounge on the bench, Margaret was referred to a position at the fairly young and uniquely-positioned Leadership for Quality Education, a Chicago-based school reform group that had received a grant to launch a charter school resource center. She spent the next two-and-a-half years coordinating the work for LQE, which was partnered with Chicago Public Schools, the only charter authorizer in Chicago at the time.

“When the charter school law first passed, the community was very receptive. Chicago’s schools at that time were under a mayor-appointed School Reform Board of Trustees, which supported charter schools as a tool for reform. The Chicago school board was unlike other school boards across the country. It invited the creation of strong charter schools to meet community needs. With our help, CPS issued the nation’s first charter RFP from a school district. It was an exciting time and we had the opportunity to create some great new schools.”

Within her first two months on the job, Margaret met BES’s founder Linda Brown: “At that time there were really no models of charter school resource centers except the Massachusetts resource center, which Linda was running. Someone had advised us to go get some advice from her.”

So they did. Margaret pulled Linda in as the keynote speaker for Chicago’s “charter starters” information fair. Following Linda’s advice, LQE resisted the temptation to multiply schools rapidly, narrowing the focus to encourage a high bar and devotion to quality schools. “She was a great inspiration for us,” says Margaret.

Though never her intention to become a consultant, Margaret determined that she had to leave LQE to focus on charters at a national level. One of these projects spanned eight charter resource centers, coordinating the work for a nation-wide Accountability Network for key organizations that support charter schools.

Another project addressed the growing concern around private management companies becoming involved with charters. “Not the fact that they were private,” Margaret explains, “but getting the contracts and relationships straight. I ended up co-writing a resource guide for charter school boards on creating strong relationships with external management organizations.”

She also helped lay the groundwork for the National Association of Charter School Authorizers (NACSA). After two years as a consultant, she was asked to serve as NACSA’s Executive Director. She spent the next two years bolstering NACSA before slipping back into consulting. Though she returned to NACSA years later (“Yes, it happened again”), this time as Vice President of Knowledge, she continued her habit of making her mark and moving on.

Margaret has maintained this semi-nomadic lifestyle ever since, working all over the United States in service of quality charter schools. She works on a variety of high-level projects, building online resources, writing charter school and authorizer documents, and providing guidance to charter governance boards, authorizers, foundations, and other leading organizations in the charter sector. While living in Denver, she served on the board of West Denver Prep (now STRIVE Preparatory Schools), founded by BES Fellow Chris Gibbons.

In addition to her work as a consultant, Margaret provides her wealth of authorizer experience in support of BES as a member of the board. Though she explains “You don’t turn down opportunities to work with Linda,” the chance to connect with, support, and develop excellent charter schools more closely ultimately attracted her to the role. “The organization has grown a lot,” she says, “and I thought it would be really great to be a part of this next phase.”