Raising the Stakes in the South: Ed Chang’s Fight for Atlanta 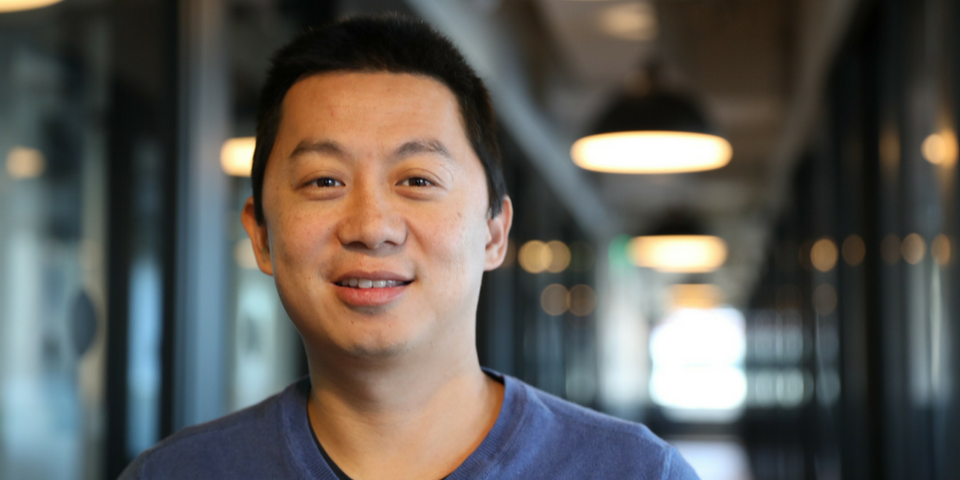 You can find Ed Chang at the intersection of humanity and urgency, where he’s been since 2001, working tirelessly to re-set the bar for the students of Atlanta, Georgia.

Originally from Chicago, Ed moved south as a member of Teach For America, spending four years as a seventh-grade science teacher before joining the team founding what was at the time Atlanta Charter Middle School. While serving as the sixth-grade math and science teacher for a school comprised of 40 students and one other teacher, he reached out to various organizations looking for resources and support for the school.

That was how he stumbled upon BES in the mid-2000’s. As a BES Fellow, Ed was subjected to training that was at times grueling and brutally honest: “I had to redefine my own bar. I was considered a good teacher in Atlanta and when I went to see these amazing schools around the country I realized my bar wasn’t high enough. What could I do more, how could I design a school in Atlanta that could raise the bar and raise my own bar?” Ed honed his school’s vision, built his board, mustered up community support, submitted his application, and got denied.

It was a setback motivated by political reasons, he explains, “Nobody in Atlanta got through.” Undaunted, he spent the next year doing strategy work for the Knowledge Is Power Program by day and fighting for his school by night. Then he encountered a unique opportunity: KIPP was expanding its reach within Atlanta and wanted Ed for their Fisher Fellowship, a program that, much like the BES Fellowship, trains and supports leaders who ultimately open public charter schools. KIPP schools, to be exact.

“The board and I voted,” explains Ed, “Either we were going to do this on our own or preserve the mission and the model, join KIPP, do another fellowship, and see if that additional name and support would help getting us that last vote.”

They voted. Ed embarked on his second fellowship.

The plan worked. With two Fellowships under his belt, KIPP STRIVE Academy opened its doors in 2009, located in Atlanta’s Joel Chandler Harris building. While Ed admits that two fellowships were not ideal at the time, he’s come to appreciate the added training.

“In hindsight I was blessed to have two different fellowship opportunities. At the time it didn’t feel good because it took three years to open but I will say that even though things can change quite often, being able to be grounded in a central mission and vision and set of core values was really important.”

His time with BES made the semi-autonomy that came with joining a burgeoning network region easier as well: “It was the first year they [KIPP] were expanding to become a region and they were trying to figure out what regional support looked like. BES prepared me to operate as an independent charter school. We couldn’t expect the region to be together, but we were ready to operate as if we didn’t have that kind of support. To take that support as the region was figuring itself out was a blessing, not a gap.”

The win for Ed’s team and the community of Atlanta was lauded by his BES Fellowship cohort, sources of support during the arduous three years it took for the school to open: “Having a cohort experience gives you lifelines in a world where leadership is lonely,” he says. Uniquely attuned to the struggle he had undergone, Ed’s BES peers were thrilled at the success for the students and the community he had set out to serve years before.

Students such as the young woman who spent school mornings sobbing, having finally faced the harsh reality that in fifth grade she was reading and writing on a kindergarten level.

“It was such a brutal conversation to have, but she ended up really growing and blossoming,” he recalls. “You could see her confidence growing as she started to grow in her levels in reading. She became one of our stronger writers and developed this huge passion for social justice and in particular victims of sex trafficking, which is a huge issue in Atlanta. She owns her story now- she owns her challenges and struggle. She speaks up and speaks out for others. To see that and remember back to when she couldn’t read- it is mind blowing that we were a part of that.”

Recognized for her volunteer work, she became the first recipient of the annual $10,000 KIPP STRIVE Academy college scholarship, which he had set up for distinguished STRIVE alumni.

After four years of running the school, which had risen to become one of the top-performing schools in the district, Ed transitioned out. Though the departure was bittersweet, he knew he was leaving the right person in charge: the assistant principal who’d been with him since the beginning.

“She knew she was going to lead the school before we opened. She grew up five blocks away. The neighborhood school where we opened was failing when she was growing up and her mom figured out how to get her to a different school. It was right. When I think about community-led schools, she is the community. All of the boys and girls in that school are reflections of her.”

The school continues to flourish under her tutelage, named a National Blue Ribbon school in 2015 and Georgia Charter School of the Year in 2016. Ed remains on the advisory board, but has expanded his focus for Atlanta.

Currently, Ed serves as executive director of redefinED atlanta, a nonprofit focused on getting students access to quality public schools. Through a three-pronged approach, redefinED atlanta empowers communities and focuses on policy for quality education, fosters the flow of high-quality teachers and leaders into Atlanta, and supports quality schools with expectations of autonomy and accountability.

In spite of being the BES Fellow who opened a KIPP school, Ed remains on good terms with the organization, having joined the board last year. When asked what he wants for BES’s future, his answer is frank and vision-aligned: he wants BES back in Atlanta.

“We’re a city on the cusp of something that could be really big and supportive. We supported Tori Jackson Hines [2015 Fellow, founder and Head of School, Resurgence Hall] as she opened up her school and there is another BES Fellow who is currently on the journey to open up her school as well. Atlanta today feels different than Atlanta when I was going through. Our current superintendent has been making some bold moves and we have seen some significant progress over the past couple of years, so I’m excited about where we can support and what could be possible. There’s a huge upside and potential. I’d love to see Atlanta as an exemplar of how we approach education in the South.”

His goals are lofty, but Ed isn’t intimidated. “There is nothing that will ever compete with having launched and run STRIVE. It was a labor of love; blood, sweat, and tears intensive. After the three-year journey to open and launch STRIVE and then actually running it, I feel like anything is possible. Yes, it’s going to be hard, but we should be able to do this.”