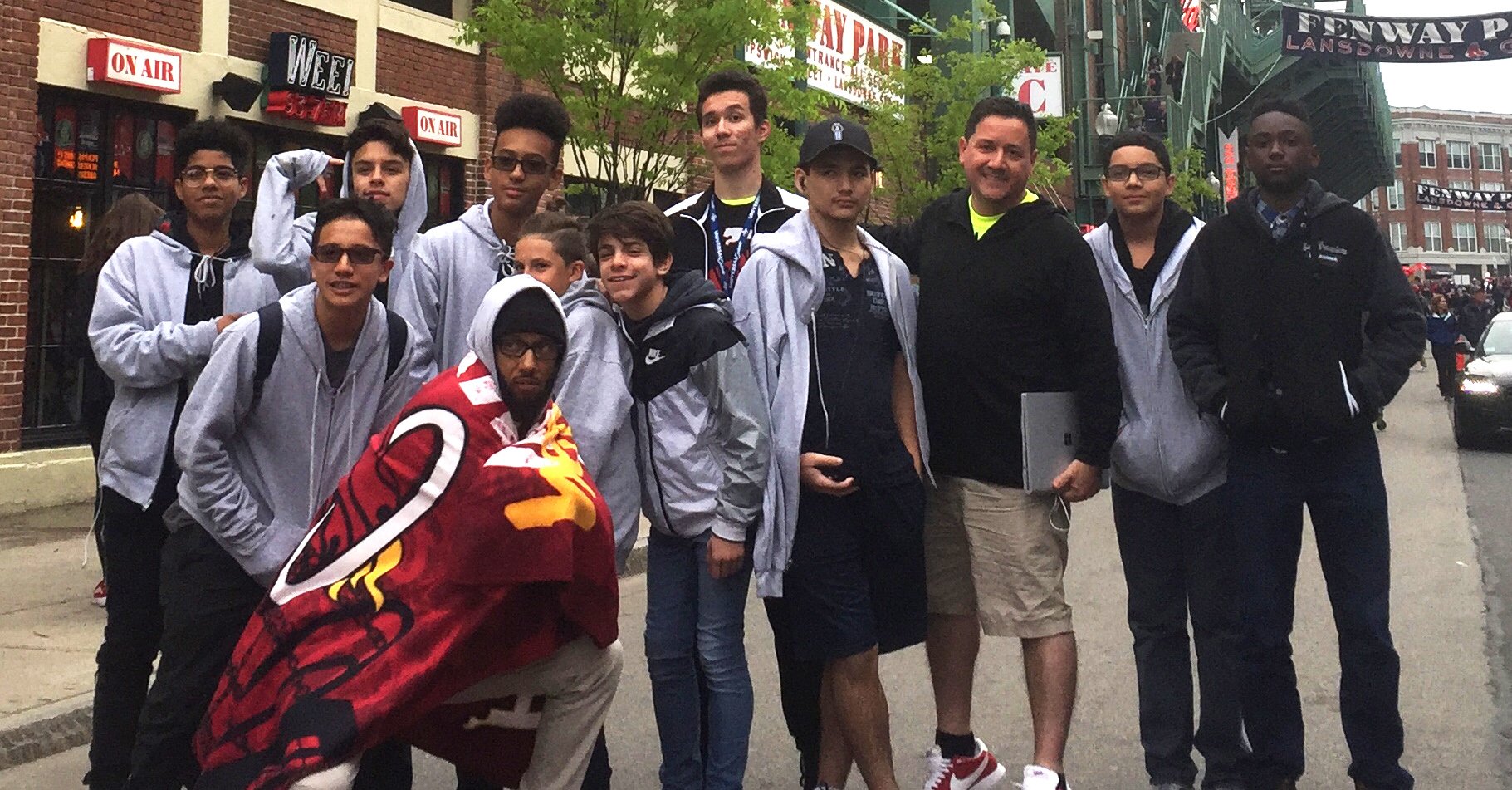 Since 2018, BES has worked to recruit leaders to lead autonomous in-district schools in Springfield, MA, supporting the efforts of the Springfield Empowerment Zone Partnership (SEZP). Last year, we welcomed Robert Acosta, a former real-estate broker and state and federal public policy advisor turned educator, to our 2019 Fellowship cohort. Robert’s commitment to improving outcomes for emerging bilingual students is the perfect fit for the city, as 67% of its students are Latinx (MA Dept. of Elementary and Secondary Education).

Robert’s background in public policy and real estate may seem like an untraditional pathway to school leadership. However, not only has he honed his leadership skills through these experiences, but he is also driven by his personal history, one that is similar to that of many students that he serves. Robert started his own education as an emerging bilingual student. His school could not adequately support students like him, so he did not become proficient in English until the third grade, which he credits to a bilingual paraprofessional who happened to be assigned to his classroom. He has since dedicated his time as an educator to providing all students with the support they need in a way that builds on their cultural and linguistic assets.

During his time as a school leader, he learned about the BES Fellowship, which would give him the opportunity to design a school that could provide all students with an excellent education to succeed in college and beyond. Knowing firsthand that the biggest obstacle to student learning is often a school’s inability to adapt to students’ needs, he applied for the BES Fellowship for the chance to have a positive impact on other emerging bilingual students, embracing and valuing them as bicultural, bilingual leaders of the future.

Robert’s school will feature a two-way dual language model, where students receive instruction in Spanish and English. The school’s English-speaking students will take part in the same program in order to become bilingual, and all students will be offered a variety of electives and special activities aligned with their interests, such as coding and video production, with a focus on college and career readiness. It’s vital to Robert that every member of the school community sees students’ native cultures as an asset rather than a liability that could affect test scores.

“More often than not, emerging bilingual students are treated as though their lack of mastery of English is a handicap, which can have a tremendous detrimental effect on students’ perception of themselves and their self-esteem. At our school, students will be celebrated,” Robert says.

The BES Fellowship team coaches each Fellow individually, but support for Robert looked a little different since he won’t be building and opening a brand new school. While Fellows typically participate in two years of training and planning before opening, Robert’s school will reopen with his new model in September of this year, restructuring an existing school alongside the SEZP and Springfield Public Schools. As such, the coaching he received was condensed and personalized for his unique timeline and context.

For example, working with SEZP, Robert did not have to recruit and lead a Board of Directors, and he was able to begin his community engagement strategy later than his peers, who, as leaders of single-site schools, had to focus on this much earlier.

“A lot of our leadership voice training is geared towards supporting Fellows in pitching their proposed schools to Founding team members and navigating political challenges within the broader community,” says his coach Erin Walsh-Hagan, Assistant Director of the BES Fellowship. “With Robert, we focused on building his skills to engage with district leadership and to be flexible in stakeholder conversations. We are preparing him for the unique opportunities of operating an in-district yet autonomous school.”

Alongside the SEZP’s Instructional Leadership team, BES also worked with Robert on pre-operational training pieces that his colleagues in the Fellowship would focus on later, such as executing on his school design plan and planning for staff recruitment.

BES is enthusiastic to continue our partnership with SEZP this year, supporting high-quality education options for the students of Springfield, MA. Click here to learn more about the BES Fellowship or contact a recruiter here.