Shantelle Wright: A Vision of More 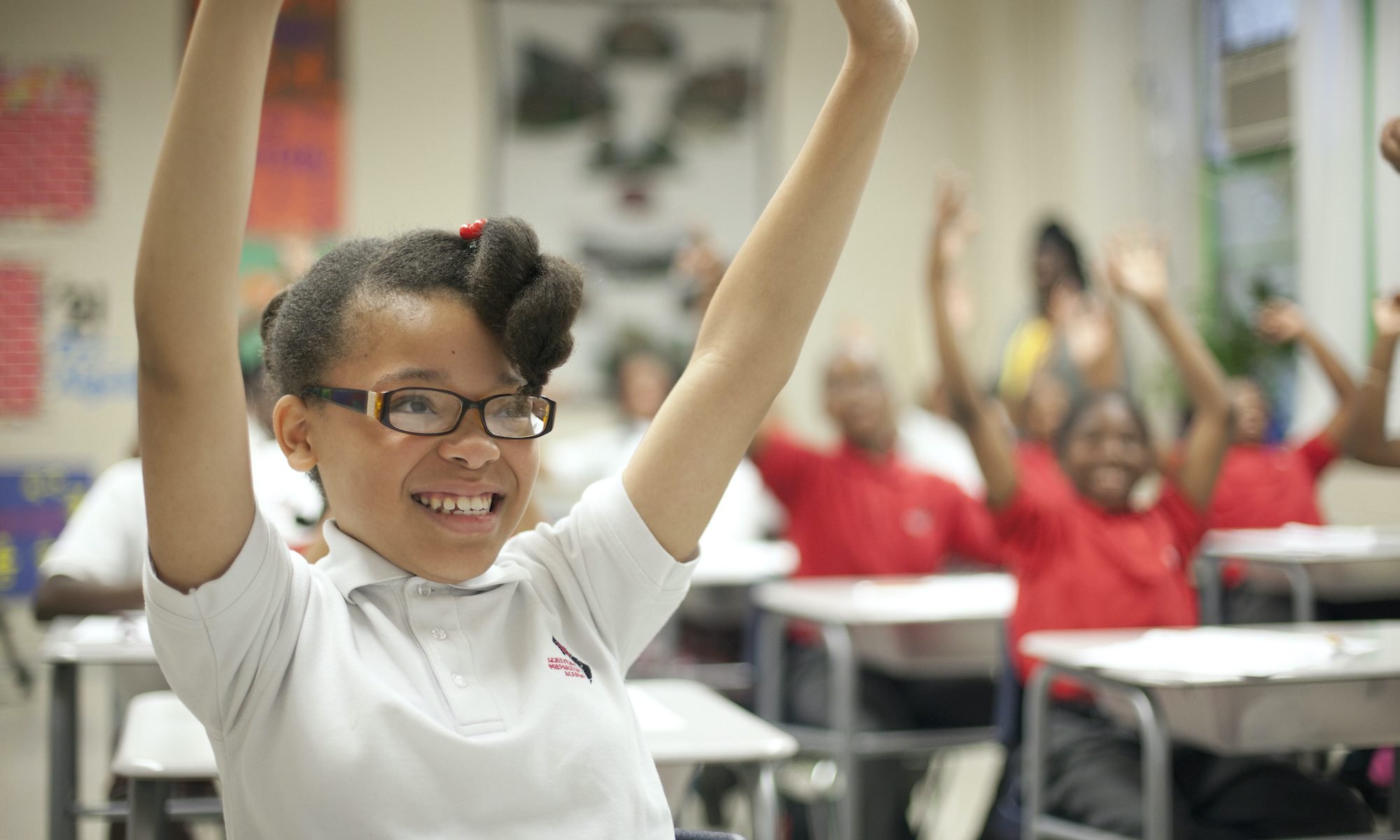 Few people understand the critical failures of education in the United States quite as intimately as Shantelle Wright. Even fewer have the capacity to confront those failures with an indomitable spirit of perseverance and grit: a belief that hard work and steady hearts will prevail over apathy in any of its forms. Wright was raised to believe in more, and to make more happen for those who need it most, every day of her life.

“I want to see something different for children, particularly for children who look like me and grew up in the same community I grew up in.”

As a girl, Wright lived in Rochester, New York. The schools in her area didn’t live up to the standards of her mother – she persisted in applications for years before getting Wright into the ‘urban-suburban’ program in the city. “Every day I took a two hour bus ride to school, and a two hour bus ride home,” Wright tells me. “Up at five am and not home until six.” She feels blessed for the education she received, she says, with tremendous appreciation in her voice; but she felt keenly the corrosive effects of her exhausting commute. “My biggest takeaway was that it’s not fair – children shouldn’t have to leave their neighborhoods and drive miles across a city just to get to the classroom they deserve to be in,” she states, emphatic.

Wright’s mother – the same woman who wrestled bureaucracy into submission for the sake of her daughter’s mind – at first discouraged Wright from pursuing a career in education. She doubted that teaching would grant Wright the financial stability she had earned, and, initially, Wright deferred to her mother’s judgment. Her mother should have known, however, that she’d imparted to Wright her own stubborn idealism just as deeply as her capable work ethic; it wouldn’t be long before her daughter brought both to bear.

While driving her “little luxury car” to her “luxury law firm,” for several years, Wright saw again and again a pattern which disturbed her: kids, usually young black boys, hanging around outside stores in full school uniform, going nowhere slow. Eventually she’d had enough. “One day I pulled over and said, ‘Hey, gentlemen, aren’t you supposed to be in school?’” she recalls. “Here I am, a stranger in a fancy car pulling over just to say this – so of course the kids bolted, just ran out of there as fast as they could.” In that moment, Wright knew that her work with children – then existing in a sidebar of tutoring and mentorship – needed to become the central pillar of her life.

Shortly after this experience, Wright began teaching at a charter school. During her time there she caught wind of a certain training program that perfectly fit her ambitions, a yearlong Fellowship at a nonprofit (formerly) called Building Excellent Schools. “I think that’s part of what puts me in such a unique position on the board,” says Wright. “All the strategy, all the theory and structure: I’ve been there, on the ground, leading and learning from these same decisions.”

Looking back at her time as a Fellow, Wright remarks that her entire perspective on academic standards was transformed over the course of that first year. She recognized early how “unintentionally low” she had set her own bar, because in BES schools she observed the extraordinary dedication of leaders, and the corresponding achievement of their scholars. “In terms of exposure, I think The Fellowship causes a lot of introspection,” Wright reflects. “Who you are, what you bring to the table, how you can use your unique values and skills at your school: The Fellowship pushes you to consider that.” Building skills alongside tireless peers drove Wright to not only work harder, but also to understand the true impact of redefining achievement. When the time came to name her school, she put this feeling front and center: Achievement Prep opened its doors in Ward 8 of Washington, DC in the fall of 2008.

Achievement Prep became an ultimate confluence of the wisdom Wright had fostered, and the mettle her life had drawn out of her. Deeply influenced by her own schooling, Wright was determined to bring her school to a community that provided no alternative educational opportunities. “I wanted to go into the parts of the city that people don’t want to go to,” she explains. “Where, but for Achievement Prep, children would have no other choice for how to pursue their education.” Walking to a school across the street instills a real sense of community and ownership – elements lacking from any sort of shuttle program.

Having successfully planted her school in a neighborhood that matched her criteria, Wright set about instilling her sense of professional culture into her staff and students. These crucial details took many forms. “One good example,” she laughs, “is that my teachers are not allowed to teach with coffee in their hands.” Amongst other reasons, Wright explains that this comes from a personal experience during 6th grade. “My teacher not only smoked, but also drank coffee, non-stop. Yuck! I imagined coffee tasting like Ms. Withers’ breath, like cigarettes,” she recalls. Not only does this mean that Wright has never before tasted coffee herself, but also that she knew immediately what sort of standard she would set. This would not be a school where exceptions were handed out like cake at a party.

Achievement Prep has grown boldly in the last several years. The flagship middle school campus has already grown to its full capacity of 400 scholars in grades 4-8. In August 2013, Achievement Prep opened a second campus, which now serves over 230 scholars in grade K-3. Looking forward, the team is excited to be merging these campuses into a single campus serving 960 scholars. All grades, PK3-8, moved into state-of-the-art buildings in 2016.

Achievement Prep has faced many challenges during the ambitious expansion, and Wright has committed herself to learning from them just as she always has. “One thing we talk about is how fragile excellence is,” Wright says. “It doesn’t sustain itself. Our goal is to figure out how to make excellence sustainable, replicable, and expandable to continue to improve as many lives as we can.” This lionhearted leader is not content with what she terms “B and B+” schools, but pushes her team to strive for the best of the best every single day.

Click here to connect with a recruiter and find out how you can be a part of the BES Fellowship.