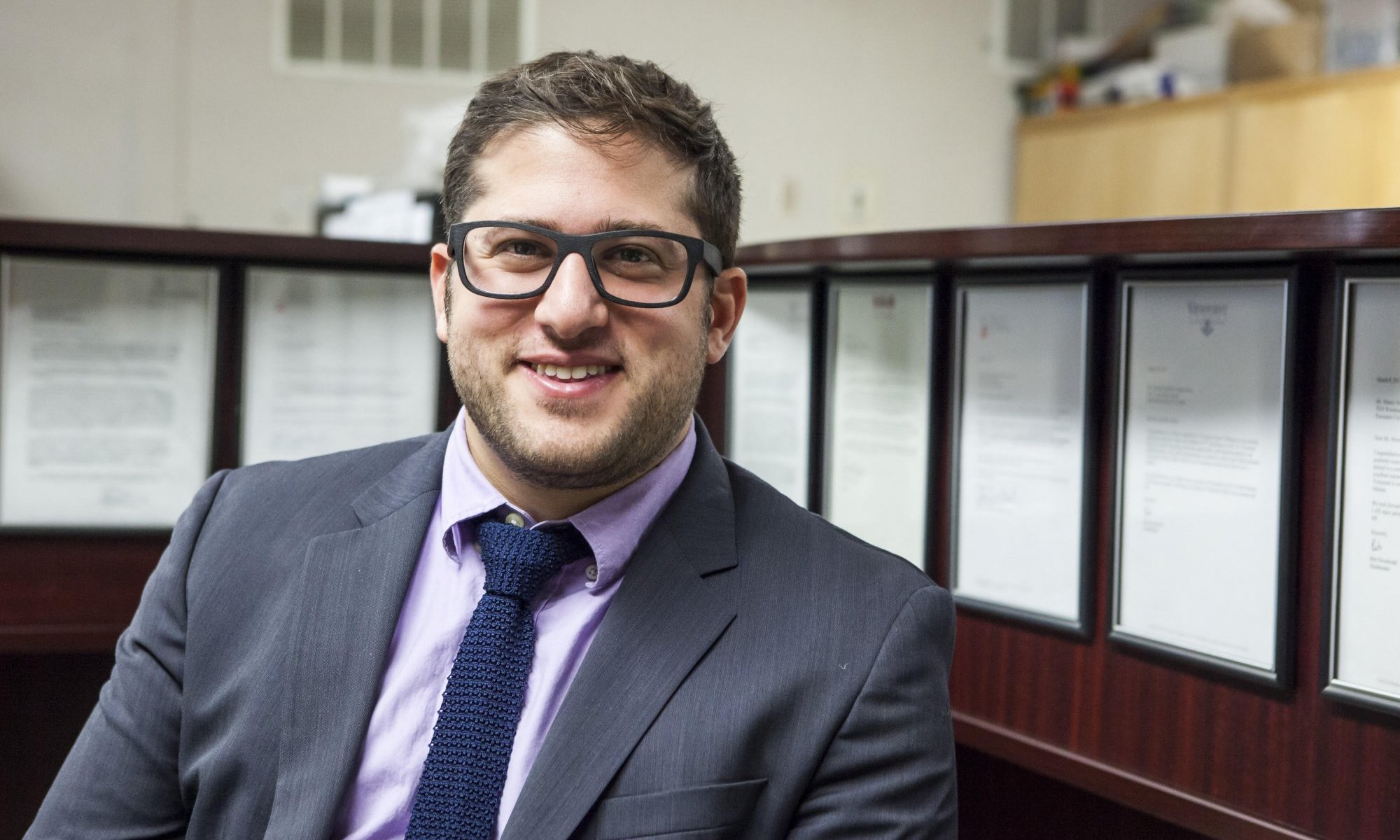 Hrag Hamalian never expected to have a career in education. As a student attending public school in New Jersey, he struggled to overcome language barriers and a sense of apathy.

“Stepping into elementary and middle school as an immigrant who didn’t speak any English wasn’t easy,” he says. “I struggled in the early years and I also struggled through middle school and early high school. I was really trying to figure out how to get through school without getting into trouble.”

A particularly impactful high school teacher and subsequent introduction to biology became the catalyst in the fight for Hrag’s education:

“I finally found my place in high school. My tenth-grade year I had a biology teacher who was very invested in making sure I committed myself because he saw I had an affinity for the subject.”

Upon graduating from high school, Hrag headed off to Boston College to pursue Biology. The pre-med student assumed that if his doctoral ambitions did not come true, his career would involve his other love and second major: creative writing.

“Initially it was something I was considering coming out of college,” he explains, “to get into a creative space or utilize those skills towards some sort of a career.”

He made his first foray into education as an undergraduate, through on-campus activities. He supported the research of a college professor, and served as a tutor for an urban middle school student, helping navigate the challenges of sixth grade. However, Hrag told himself that these efforts were simply a chance to give back.

Planning to take a year off before medical school to study and complete additional courses, Hrag stumbled into an introductory Teach For America meeting mere weeks before his 2005 graduation. This chance encounter altered his course considerably.

Hrag spent the next two years as a TFA corps member, one of 12 sent to a particular school in Los Angeles. There he was faced with something the likes of which he had not seen before: a high school bordering on infamous, characterized by violence and inequity.

“It was quite an experience. At the time, it was renowned to be one of the more violent, underperforming schools in California. It was an underserved community and a broken school system.

There was a lot of gang violence and basic necessities like electricity would cut out, there were lock downs relatively frequently, we had police raids. There was all sorts of stuff that made it an incredibly tough learning environment for students.”

Hrag found himself a fledgling teacher in a school that had no framework in place for accountability or even consistency. Some teachers, like himself, came to work every day prepared to teach at a high bar, while some of their colleagues didn’t bother.

“It was a real wakeup call in terms of exposure to inequity in education, and how students in low income communities have incredible obstacles to changing their lives. Even basic necessities like healthy food and safe pathways to get to and from school did not exist.”

Hrag’s efforts did not go unnoticed by school leaders. On his second day, he was named head of the biology department. In his second year, he was asked to lead a small school within the larger one. Even when it seemed obvious to those around him that he had a true talent for teaching, Hrag still did not see this as his ultimate career path.

“Even when I was teaching I had no intention of staying a teacher— I was doing it because I wanted to give back, because it was important, and because of my own personal experience. I still had every intention of going into medical school or doing something else after Teach For America that did not have to do with education. What really flipped the switch for me was being in such a broken system.”

That was how, when most teachers are trying to find their groove in the classroom, he set out to found and lead a school. He had encountered BES at a career fair and was attracted by the boldness of the BES mission and the opportunity to create a school that was thoughtful, precise, and relevant for Los Angeles’ students.

“I saw the necessity to do something from scratch. A lot of these systems that had been built already were difficult to deconstruct and rebuild, so it was refreshing to know that you could build a small, community-based school and have control over making it an entrepreneurial effort.”

Armed with his college education, two years of teaching experience, and a self-described entrepreneurial spirit, Hrag embarked on The Fellowship.

“You walk in with an idea of what you want to do, but BES gives you the basic tools to be able to do that and the confidence to move it forward. But ultimately it all rests on your shoulders— there’s no one holding your hand and there are no guardrails. To me, that was incredibly exciting.”

With BES’s guidance, Hrag honed his vision, built his board, obtained funding, and began building the systems and refining the details that would define a school of extraordinary achievement. He submitted the charter proposal for Valor Academy Middle School, a fifth through eighth grade middle school for the Los Angeles community. And then he waited.

The charter received approval from the Los Angeles Unified School District in April of 2009. The school was set to open in August 2009. This short time frame made it hard to obtain a lease for a facility, recruit founding teachers, staff, and students, and launch. What many teams accomplish in a year, Hrag and the Valor team achieved in a matter of months.

“That segment of time was probably the hardest in my entire career. Do or die. Luckily we made it all happen.”

When asked what he is most proud of, it isn’t the sprint of getting a school from approved to open in mere months, nor is it the successful replication of said school to a high-performing trio of elementary, middle, and high schools that usher a pipeline of prepared students out into the world, or even the merge, which was the first of its kind in Los Angeles. It isn’t the fact that many of the staff and teachers have been with Valor Academy from its infancy, nurturing the school and its students from its foundational years.

The first thing he highlights is the school’s culture: something he determined early on as pivotal to its success.

He may have had only two years of teaching experience before heading into the Fellowship, but those two years were enough for him to know that for every student to succeed the entire system must be set up to help them do so. It is not enough to have a great teacher who is involved in a student’s success: they need an entire community that is held accountable for holding them accountable.

More than a decade out from his Fellowship year, Hrag now serves on the BES board. He appreciates the risk that BES took taking on a Fellow so young. He also understands the great need for more built-from-scratch, community-focused schools. Schools like Valor Academy.